My current post-doctoral position focuses on the genomic diversity of polar bears. Working with Polar Bears International, the San Diego Zoo Wildlife Alliance, and Environment and Climate Change Canada I will use new genomic tools investigate several question related to genetic diversity, fitness, and population viability. This work capitalizes on the extensive long-term monitoring of polar bear populations by Environment and Climate Change Canada which provides a unique opportunity to link genotype to phenotype in a large, long-lived carnivore. Understanding how genetic diversity contributes to polar bear fitness will be important for assessing the viability of their populations and whether conservation actions like genetic rescue should be considered for polar bears in the future.

My third post-doctoral appointment was w 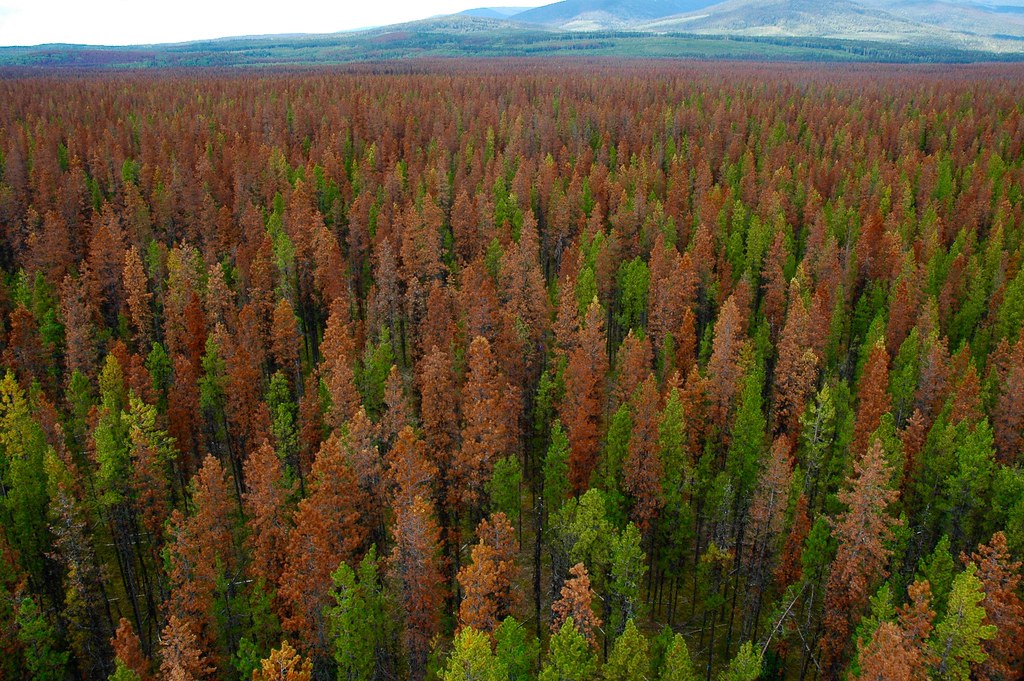 ith Dr. Janice Cooke focusing on finding the genetic basis of disease resistance in pine species. Pine are important carbon sequesters as well as key agronomically, but they face threats from pathogens including those linked with mountain pine beetle attacks. By finding the genes that help trees to fight off disease we can inform forestry and conservation practices.

My second post-doctoral position was working with Dr. Denis Réale

using genomic data to investigate the ‘island syndrome’ proposed by Adler and Levins. The ‘island syndrome’ holds that there are predictable differences in reproduction, behavior, and morphology between rodent populations on islands from those on the mainland. I will be testing if there is a genetic basis for these differences using a meta-population of deer mice in northwestern Ontario as a case study.

Prior to this I worked at Yale University with Dr. Adalgisa Caccone on a long-term project investigating giant Galapagos tortoise genomics. Recently a population of Galapagos tortoises was found to contain hybrid individuals from two species that were thought to be extinct. Using genomic techniques I aim to identify additional tortoises with DNA from these “extinct” species. Genomic methods provide the accuracy to detect subtle ancestry, and this information will help establish breeding programs on the islands.

During my PhD I worked with bighorn sheep (Ovis canadensis), an iconic fauna of the Canadian Rockies, prized by both naturalists and recreational hunters. While in the lab of Dr. David Coltman (University of Alberta) I developed genomic tools to investigate the

genetic basis of traits that are the subject of intense management focus: horn morphology and body size. Specifically, I characterized thousands of genetic markers and then applied them to individuals from the Ram Mountain study population. Sheep in this population are followed throughout their lives and have horn and body size measurements taken multiple times, which allowed me to separate environmental causes of differences in size (e.g. resource availability) from genetic bases. At the completion of my PhD I concluded that specific regions of the genome may influence horn morphology.

Before starting my PhD I worked at the Conservation Genetics Laboratory of the Smithsonian Institution. Here I was a part of several multi-national conservation projects under the supervision of Dr. Robert Fleischer and Dr. Frank Hailer. With Dr. Fleischer I worked to identify the genetic ancestry of individual ostriches (Strutio cameuls). There are

five recognized sub-species of ostrich, one of which has gone extinct and another of which is critically endangered. Many of the critically endangered ones are held in captivity and I assessed the genetic diversity of these individuals to determine whether they had ancestry from only the critically endangered subspecies or were hybrids with the other groups. I successfully determined that none of the individuals showed signs of hybridization, which suggested that the individuals were suitable for a captive breeding program, and that the subspecies warrants placement on the IUCN red list of endangered species. With Dr. Hailer I helped to investigate the genetic structure and connectivity among populations of the magnificent frigate bird (Fregata magnificens). This worked showed that throughout the majority of their range there was no genetic structure among populations, which reflects the species great flying capabilities. However, on the Galapagos Islands there was a distinct genetic lineage.